Okay I’ll be honest, I don’t know if Behai has anything to do with a belle epoch but old-town doesn’t begin with “b”. One “B” that does fit for Behai though is BIG. It’s a lesson that even after almost 3 months we hadn’t come to terms with the scale of China. You’ve probably never heard of it, I hadn’t. Looking at it on the map and in the guide book (and not paying enough attention I suppose) I imagined a European sized large town. But no, like most things in China, it’s massive. And full of skyscrapers. To give you an idea: we stayed in an apartment that was quite central on the map but was still 2.5km from the old town and getting to the beach took almost an hour in a taxi, with tower-block after skyscraper lining the route almost the whole way. The apartment was on the 17th floor of a 32-storey tower with a huge hotel on one side and a massive hole in the ground / construction site on the other.

Quite often though, the places that seem instantly charming are not quite so much after you’ve settled in a bit, and vice versa. After a few hours thinking: ‘what are we doing here’, we started to enjoy the charms of Behai. Wandering along the seafront towards the old town looking for somewhere to eat (all a little hangry at this point) we came across a multitude of fishing boats. They were buzzing with life and most of them seemed to be a home as well as a work place to their occupants. Some preparing food, others preparing to go out. We saw one guy paddle board to shore on a big block of polystyrene, pick up his girlfriend and punt off with a massive length of bamboo back through the labyrinth of boats. As we got closer to the centre of the old town the density increased until it was hard to see the sea. Old and batrered maybe, with a flash of rat’s tail running down a rope, and a smiling “hello!” now and then, but it seemed all still functioning, if sometimes only as floating home and no longer sea going vessel.

Running parallel to the sea front but one street back, the end of the boats was the beginning of the old town. The main street was lined on both sides by what looked to me like European style 2, 3 or 4 storey buildings, all of them a bit worse for wear and crumbling, some with dark stains, others with wild Bougainvilla climbing up them. At ground floor level were the more familiar open fronted shops, snack bars, restaurants and the like, selling knick-knacks, precious stones, deep fried shrimp pancakes things, and a 1000 more delights! Wandering up and down in the early evening was a mix of Chinese tourists and locals, including a bigger concentration than usual of young ladies in “traditional” dressing up – some sort of organised event but quite what we were never sure. All of this gave us back our 15 minutes of fame: “hello”, “where are you from”, “can we take a photo together”. The kids were obviously in big demand. One group of girls, after a photo with Aram, gave a collective sort of moan or sigh as if they had just had their photo taken with Elvis, or perhaps more appropriately, Harry Styles.

But the main aim of our short stay in Behai was to get to the beach for our first time in China. After deciding that learning to ride an electric moped with a kid on the back, no helmet, through Chinese traffic was not the wisest idea, we got a taxi. And 45 minutes later when still cruising down 6 lane boulevards, albeit always with cycle lane for scooters and the occasional bike, I was very glad of the decision! You’ll be pleased to hear the beach was a success. The back of the beach was lined with cheap cafes and restaurants, not the best beach lunch we’ve ever had but it did the job. The sand: a long, wide strip. The sea: warm enough to frolic for a few hours. And more than enough beach life to watch. Some young lads drinking at a restaurant, a muscle-man poser of a certain age, coach parties taking selfies and portraits of each other. For some reason the Chinese pose in the sea (to a man, well mostly woman) is both arms aloft as if greeting the gods of sea, sun and blue sky. Plenty of laughing and some singing – we wondered if this was the first sight of the sea for some. We kept an eye on the clothes of a more serious swimmer and generally mis-understood each other via the translate app when he got out. And last but not least, an ice cream. Then it was time to head back to the old town for the evening’s walk along the wob-along (note – turns out it’s Bois Boolong – been sining this wrong for 40+ years) . All in all a successful first trip to the Chinese beach.

The onward journey perhaps merits a mention. Up at 6.30 to get a 7.30 bus we were a little alarmed to find few cars let alone any taxis. With stress levels rising we went to the hotel next door where Anouchka managed to get a kind lady to call us the Chinese version of uber. We made it to the bus station in perfect time to get through security, wee, and board. Then it was 4 or so hours to the ferry to the island of Hainan. At the dock it was not clear what would happen next, but everyone got off, seemingly leaving their luggage. With gestures and a few words in Chinese the driver appeared put us in the charge of one guy, passenger or employee we weren’t sure. As always people helpfully point us this way and that. After ten minutes or so we were brought ferry tickets and our passports, the rest of the passengers engage in a shouting scrum to sort out their tickets and ID cards. Thinking we have plenty of time we ordered some food only for boarding to begin the minute we sat down. We wolfed down a little and joined the back of the queue for ticket and ID check. Now the real excitement – my passport wouldn’ scan. We really were the last now and still the guy neither lets me through nor gets my passport to scan. Ship’s crew are waiting on the other-side, no-one else is left, barriers are closing. Finally he nodded me through and we scuttled onto the ship to big grins from waiting passengers, and up goes the gang plank. Upon arrival we followed familiar faces and we all stood on a roundabout waiting for our bus. On board we realised that the bus next door was bound for Sanya, our ultimate destination, so at the last minute we jumped off, grabbed the bags and settled into the 4-5 hour drive to the south of the island. A long day, 13 hours at least, punctuated by some stress and a boat trip, but we eventually put our heads down in Summer Tree Inn on the tropical island of Hainan. 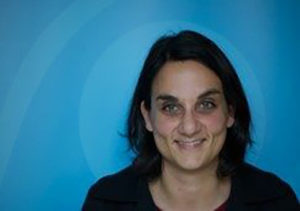 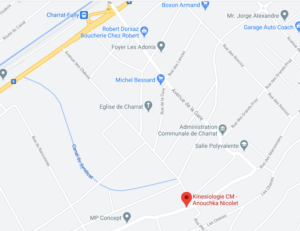